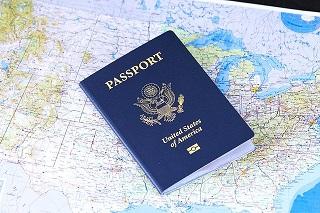 Here are some of the easiest countries in terms of visa policies.

If you’re from the United States, no doubt that you have one of the world’s best passports. Where, with just one travel document, you can go to pretty much any country that you want.

So you might be thinking, if I’m from the west, why do I care about easy visa-free countries? To me, the reason is this: I’m looking for the next big place and what I found is that open countries are open, not just in terms of visas, but they’re open in terms of investment and banking. They have other kinds of openness.

The first country in the list is Malaysia. Almost every country’s citizens can go to Malaysia, except for some folks who are on our team in Serbia and Montenegro. They’ve got a bit of beef, but I mean pretty much everybody else can go to Malaysia.

What I found is that Malaysians have a very open culture. They’re very welcoming. It’s one of the only places in Asia where you can own land. That culture of openness, in terms of let’s just let people come in, has given them one of the world’s largest investment immigration programs that have made a lot of laws in favor of foreigners.

Cambodia also has opened up faster than some of its neighbors to foreign investment, and I think it’s been a great place to invest in recent years. Almost anyone can go into the airport, either get an e-visa before they do or get a visa on arrival when they get there with a little bit of cash in hand.

Even though they require you to bring a passport photo with you, they’ll even handle that for an extra five bucks.

They’re just about getting people in and while you may say that a country of Cambodia’s economic status should let everybody, the reality is there are plenty of countries at a similar level that makes it very very difficult.

So Cambodia gets props in my book. It’s a great place to visit.

The next country in the list is Laos. This is perhaps the one exception in Asia where they are one of the last bastions of communism. Foreigners can’t do real estate. There are a lot of deals to go there, but they’re pretty open.

Again, you show up at the border. You pay them your visa fee off. You go. It’s that simple. They’ve made it very easy.

Let’s move a little bit to the west.

Sri Lanka in the Indian Ocean has allowed almost everybody to get into their country. They’re starting to open up. I think Sri Lanka is going to be one of the next big tourist destinations alongside central Asia.

I think you’re going to see a lot more people talking about it a few years from now the way they started talking about Iceland about ten years ago. Sri Lanka is very open.

Islands just in the middle of the ocean. They’ve said anyone can come. What’s interesting with the Maldives is, unlike some of the Caribbean countries that are tricky where they say anyone can come to our country if only you can fly through London or Miami.

There are flights from places like Malaysia to the Maldives which, as we said, it’s pretty easy to get into. So anyone can go and holiday in the Maldives. It’s pretty straightforward.

Anyone can go to Mauritius. People can go there if they have the means to go there, if they could afford to go there, then they will be more than welcome.

They seem a bit thorough there. They make sure that they check people because, as someone said, this is like the Singapore of Africa. That’s also been said about Rwanda, but he said it’s like Singapore.

Another bigger island there. They let everybody in as well as the Comoros, which used to have an economic citizenship program.

Anyone can get in. All you have to do is pay a visa fee when you arrive.

Let’s move back up to Eastern Europe and beyond.

Georgia is not quite as easy as some of the countries we’ve talked about. It’s one of the best economic reform case studies in the world. Some of the things are becoming a bit more difficult.

Opening a bank account in some banks has become a bit more difficult, but generally, Georgia is still a great place and it’s a great place to go. They have great food and wine, and nice people. You can get a lot of business opportunities there.

There are some countries like African countries that require a visa, but generally, Georgia has been incredibly open.

They have visas on arrival for a lot of folks. They’ve made it generally easy to come to Armenia. This is a great place for doing business, especially for hiring people.

Their currency has been a pretty strong emerging world currency.

Mexico has a relatively strict visa policy, and they’re very nice people. You can get a visa to Mexico but a lot of those countries up in North Central America are not open to everybody.

This is one country that’s opened to almost everybody. However, I don’t think many countries can go to Ecuador visa-free now again.

Sometimes it’s a matter of how you get there. If you’re coming from Asia, for example,  you’re going to go all the way around the world or you’ve got to go through the US or Canada.

You would need a transit visa to go through those countries, but if you can get to  Ecuador, anyone can get in.

Ecuador has started appearing on a lot of lists like best countries to retire. A lot of Americans are moving down there because it’s a really interesting place and it’s very affordable.

Now those are 11 countries you can visit. If you don’t have a great passport and you’re looking for somewhere to go, these are some interesting countries to visit.

But for those of us who have a lot of visa-free travel options, they’re interesting because they are rolling out the carpet. They’re opening the door.

No comments to show.