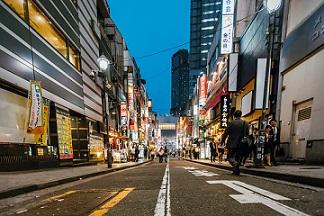 If you are looking for an amazing and unique travel destination, look no further than Japan. With its stunning landscapes, fascinating history, and vibrant culture, Japan is sure to amaze and delight visitors of all ages. From the neon-lit streets of Tokyo to the traditional villages of Kyoto, there is something for everyone in this diverse country.

When people are talking about the tourist attractions in Japan, the most common names that come to mind are Tokyo and Kyoto; these are the most popular tourist destinations in Japan. However, several other fascinating places are worth a mention when you’re considering getting Japan travel packages to enjoy your holidays.

Here are some of the fascinating locations to visit on your next holiday to Japan.

One of such interesting places is Hiroshima. A great city that emerged from ashes after it was completely crumbled by the world’s first nuclear bomb attack during World War II.

On your visit, you would see the Hiroshima Peace Memorial; the most famous war memorial in Hiroshima which is a symbol of destruction caused by the atomic bomb.

Another tourist attraction in Japan you can find in Hiroshima is the Peace Memorial Museum. The museum is an information resource center about the events that led to the attack during World War II.

One cannot mention the tourist attractions in Japan without including the Hokkaido Island of Japan. It is nature’s heaven on earth. Most of its areas are protected as national parks.

Among its features are fantastic volcanoes, ‘bottomless’ crater lakes, hot springs, and different kinds of mountains and ski resorts. Not forgetting to mention that Hokkaido is also home to Japan’s indigenous Ainu tribe.

The largest National Park in Japan, Diasetsuzan, is also located in central Hokkaido. So you have enough reason to want to include this in your list when checking out different Japan travel packages.

Another tourist attraction in Japan worth mentioning is Mount Fuji. It is the highest mountain peak in Japan with a perfectly symmetrical volcanic cone.

Different hiking trails are present on either side of the mountain, and they can be climbed during the summer season. Mount Fuji is considered a dormant volcano.

Fuji-Hakone-Izu National Park is situated around Mt Fuji. It is a recreational paradise with hot spring resorts, facilities for fishing, hiking, golf courses, camping, boating, and swimming. There is no reason why this should not make one of your chosen destinations.

The city of Osaka is also well recognized around the world for its commercial activities in Japan. It offers exquisite Japanese cuisine, historical Osaka Castle, Performing arts of Kabuki and Bunraku, a theme park, and an impressive aquarium.

The Osaka Aquarium and Universal Studios Japan are both located in this Japanese commercial city. To be able to visit this city, you will need to consider the different Japan travel packages.

Last on our list of the best tourist attractions in Japan where you can enjoy your holidays is Shikoku, Japan’s smallest island. It is known for its pilgrimage circuit of 88 temples dedicated to Kannon, the Goddess of Mercy.

There are also other attractive cities on the island, and they include Takamatsu, Kotohira, Kyushu and Okinawa. The islands of Kyushu and Okinawa also offer numerous tourist attractions including national parks, caves, coral reefs, white sands, water sports, hot spring resorts, shrines, temples, and amusement parks.

If you’re looking to explore some of the best tourist attractions in Japan, then be sure to check out our list. Whether you’re interested in nature, history, or modern culture, Japan has something for everyone. And don’t forget to enjoy the delicious food while you’re there! Have you been to any of these places? What was your favorite attraction?

No comments to show.